A teenaged girl takes pity on her younger brother after he gets dumped by his girlfriend.

Younger female cousin slowly grows taller than her older male cousin. This takes years, but is more and more noticeable. As she grows she becomes more flirtacious, and she humiliates her cousin.

Man slowly shrinks over a couple of months. He doesnt get shorter than 4 ft though. Yet his 6 ft tall secretary starts to flirt with him and sexually humiliates him.

Categories: None Characters: None
The day the Goddesses came upon us by DerHumpf [Responses - 3] [Report This]
Summary: Out of nowhere a giant colonyship comes into the range of the terran scanners. The colonists where humanoid, mainly female giants who wanted to make Terra their new home. Will they succeed?
Categories: Slave, New World Order, Crush Characters: None
The Game by 101 [Responses - 1] [Report This]
Summary: You had no idea how this happened to you. You were just minding your own business and then the next thing you know you were naked & 1/2 inch tall. A voice in your head told you it wanted to play a "game". You only had 20 lives to get the attention of your giantess family or you would be doomed to live as a bug forever. The voice told you it wiped your family's minds of your existence. You would only return to normal size if you could get them to recognise you as a person.It's a difficult task but not impossible.. *The main character has a mother & 2 sisters. Their ages are your choice. The number of lives is optional. You can give the main character a name but it might be best to keep it in first person (You). Anything goes in this story but deaths should be built up.
Categories: Vore, Teenager (13-19), Mature (40-49), Adventure, Butt, Body Exploration, Crush, Feet, Incest, Toilet, Unaware, Instant Size Change Characters: None
The giant and the Amazon by GiantManHankPym [Responses - 0] [Report This]
Summary:

In the comic book universe Wonder Woman fighting Giganta while, but is now exhausted, Diana is likely to get killed Giganat really bad, but just as he is about to step on Giganta (to eliminate it once and for all) is saved by Hank Pym (Giant-Man) , which addresses and wins against Giganta. Then, Diana & Hank get to know ... to be very good as a pair of superheroes is also loving .... Hank & Diana will live many adventures together :-) :-))) RULES : ) 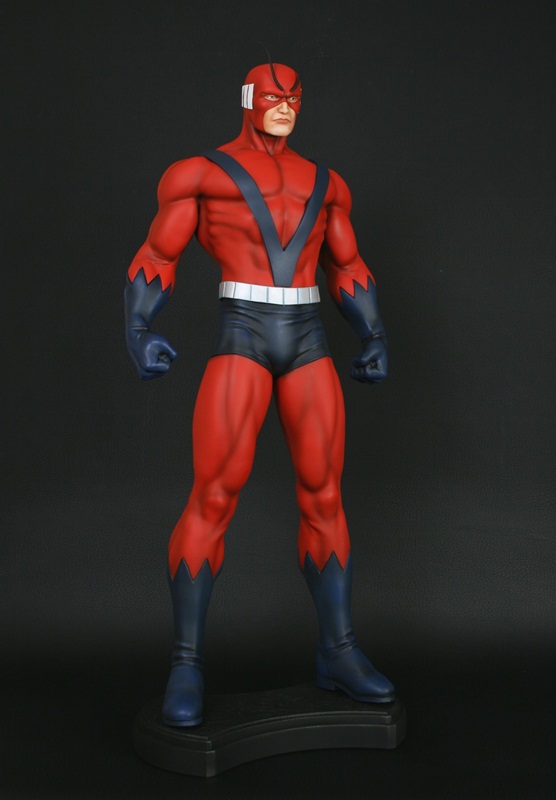 Hank Pym is the only male giant in this story !!

Categories: Giantess, Entrapment, Gentle, Giant Characters: None
The Giantess Diary (Spoof of the Anime: The Future Diary by Tyger [Responses - 0] [Report This]
Summary:

I have a story in my mind, COULD SOMEONE PLEASE!!! DO IT FOR ME!!

[If you don't like the place, time and names!, then you can simply change them, but don't change the ideas]

"there is a tale of the moon princess sara a sadistic girl with the god's power, long time ago, a princess was given a great power like no other, a great throne that no king nor queen could ever had before, and servants that no one could ever count them all.r32;The moon princess Sara, is a fated child who born in the exact moment where the moon at its fullest and brightest form, which the child will inherit the spirit of the moon princess and her powers, to take over her previous self unknowingly by fate"

In the anceint times,in Sumer. Sara a Sumerian girl who lives with her step elder brother and step sister, Gil and Ur, after the tragic death of their parents, 6 years ago.r32;It was the day Sara discovered her powers, since then she went obsessed with it and and trained until she perfected gravity powers,transforming powers and size changing powers, and still a lot more to learn. Will she take over Uruk? and become the queen and goddess of Sumer?

3 years ago, Sarah took a full control of her step brother and sister, she enslaved them and took them as her her own property,since she awakened as the moon princess. However, she considered them her top rated slaves since they are her step family

After the past 3 years, Sara never had the chance to use her powers against others than her brother and sister, playing with them is the only thing she cares about, her love for them grew bigger and bigger until she gave them the permission(or as she thinks) to live within her body.

However, Sara is still in her weak state she can't manipulate her powers freely, for Sara to use her Powers, she only need one finger touch, without touching she can't use her magic, this is her weak point.

Sara: 18 years old, average tall, perfect body, and so curvy.
Sadistic girl, kinky and playful, but not so violent or heartless.

Ur:20 years old, she's tall, and slim, with long legs and curvy body she didn't continue her studies because of Sara enslaved her.

very aggressive.
Hard to break.
Hate her life.
loves cleaning.
very social and have many friends.

Sub Characters: (you can add more)

Mai: Ur’s best friend, not so beautiful from the outside but from the inside.

Shorog: 27 years old, a motherly loving friend of Ur and she’s like an elder sister to her and her friends, Shorog have a tall and slimy and curvy body, with big breasts and hips.

YOU CAN CREATE CHARACTERS AS MANY AS YOU WANT!!

Rules:
-Sara is the biggest, she can't be shrink by others or shrink her self for others.
- No Giant guy. guy is the smallest, for example: Sara shrinks Gil to 2 inches tall, and Mai to 3 inches tall. or "Sara shrinks Nada to 2 inches tall and Gil and Ur to 1 inch tall.
- Slaves can have a smaller slave or a shrunken girl can have a smaller shrunken girl/guy for her. I recommended this XD, for example: Sara shrinks Nada to 3 inches tall, and shrinks shorog to the size of Nada's finger , and shrinks Gil to the size of shorog's toe.
-Other than that... go crazy XDDDD

An uncomfortable encounter with a woman who, now matter how hot, is always rightly off limits. This challenge is about writing something sexy and deliciously taboo, and maybe even slightly comedic. Here are the details and plot elements to inspire your story:

Realistic reactions from the son character to his predicament.

No apparent cause for the shrinking.

Nudity of the mom character.

The son being stepped on.

The son being sat on.

The mom remaining unware for the bulk or entirety of the narrative.

I want to read a story about someone turning into a LEGO® character then goes on an epic journey to defeat a villian. Can have any or all LEGO® sets. Must have all the categories listed below or more if you want. CAN'T END IN DEATH!!! Has to have a happy ending.

I thought of writing a cross-over between my two stories "The Life of a Giant" and the more recent "The Final Frontier", but then I saw that you could issue challenges on this site, and I immediately thought how interesting it would be to see someone else's take on the event.

So, the challenge is, incorporate a story that involves all the main characters from the Final Frontier and "The Life of a Giant". I won't make it a requirement, but I'd prefer if Arell (the antagonist in The Final Frontier) was not evil this time around. I WILL, however, require that the stories don't get too fetishy. The Life of a Giant was not a 'fetish' story, even though it had giants in it.  So no 'insertion', unnecessary nudity, or stuff like that.

In the Life of a Giant, the giants are 150ft. In the Final Frontier, Arell, and the rest of the Avakonians, are 535ft. For the sake of simplicity, in this story, all giants will be 200ft tall.

Sort of a weird challenge, I know, but I'd be interested to see if anyone is willing to give it a whirl.

Categories: New World Order, Adventure, Giantess, Gentle, Giant Characters: None
1 2 [Next]
before and after the shoutbox/poll to make it visible. Remember to add the blocks at your admin panel. -->